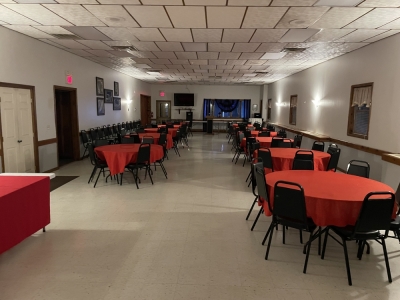 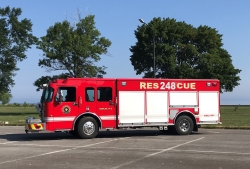 The alarm was for a reported loud noise in the basement with a male (husband) covered with blood at 250 Jacobs Road. A neighboring firefighter, who heard the loud bang, rushed next door and removed the male to the exterior of the structure. While in the basement performing the victim extrication, a secondary explosion occurred. 2C14, 24 & 34 responded along with Squad 2418.

The firefighter reported to the Chiefs that there were explosions taking place in the structure and 2C14 requested a Hamlin engine and Hilton engine to the scene. Upon further investigation, it was determined that the first explosion was caused by pressure in a well surge tank and the second explosion was from the failure of the bladder in the destroyed tank.

A precautionary line was stretched from Engine 2413 but not put into operation. The Hilton assignment was cancelled. The injured home owner was treated at the scene and transported to hospital. 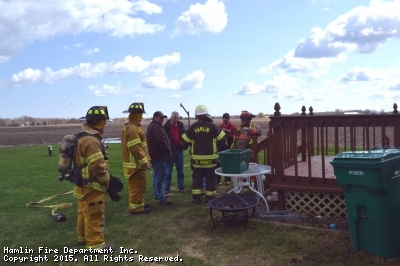 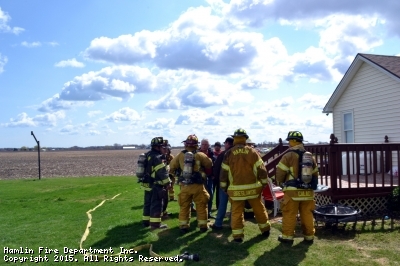 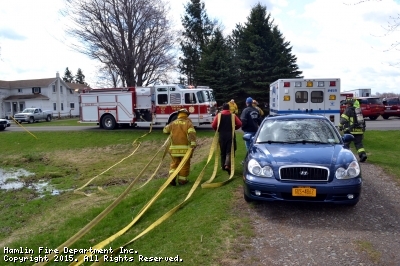 This site has been viewed 282,316 times.
News
Events
Pictures
Apparatus
Maintained by the members and staff of Hamlin Fire Department Inc.. Designated trademarks and brands are the property of their respective owners. Copyright © 2006-2022. YourFirstDue Inc. All Rights Reserved. Content on this web site is supplied by Hamlin Fire Department Inc.. YourFirstDue Inc. cannot be held responsible or liable for any content, text, pictures, or any other media found on this web site.
Management login
Powered by