Brockport Chief Smith went on location with light smoke from the structure five minutes after initial dispatch. Shortly after the interior operations crew reported they had heavy smoke and a lot of heat in the kitchen. Chief Marenus declared a working fire and assumed command at this time. Chief Marenus reported he has a two story structure with the second floor going good. Chief Marenus requested Hilton 260 to the front of the structure to open the roof.

During the incident Brockport 234 reported the hydrant across the street from the structure had froze up and they were attempting another water source. Thirty minutes after initial dispatch crews were still reporting heavy smoke from the rear of the structure. Interior crews were reporting no visible fire at this time.

Hamlin 2412 was special called into the scene for manpower. The crew from 2412 assisted in overhaul of the second floor.

The entire incident was back in service at 6:35 AM, making the incident over 3 hours long. 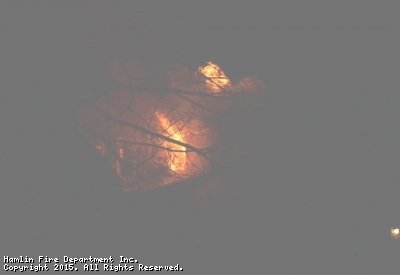 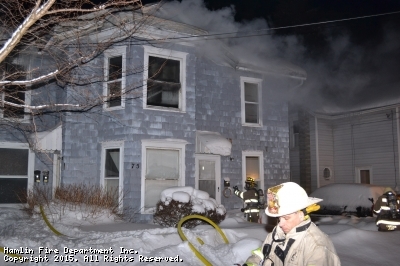 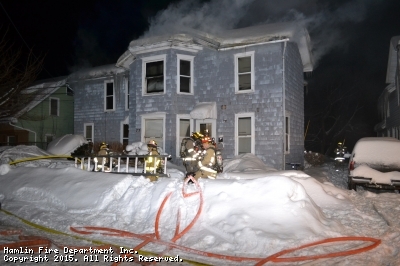 This site has been viewed 282,326 times.
News
Events
Pictures
Apparatus
Maintained by the members and staff of Hamlin Fire Department Inc.. Designated trademarks and brands are the property of their respective owners. Copyright © 2006-2022. YourFirstDue Inc. All Rights Reserved. Content on this web site is supplied by Hamlin Fire Department Inc.. YourFirstDue Inc. cannot be held responsible or liable for any content, text, pictures, or any other media found on this web site.
Management login
Powered by