The Hamlin Morton Walker Fire District along with Hamlin Ambulance and Monroe Ambulance responded for the 2 car MVA with reported injuries.

2c34 arrived on location with a 2 car accident partially blocking the road. Chief Smith reported he had 2 patients that had to be evaluated from the vehicles. 248 arrived shortly after and the Medics of the crew (EMS Lt Thompson and Firefighter/EMT Prince) began patient care. The rest of the crew from 248 secured the scene and cleaned up a fluid spill from both vehicles. Rescue 2428 arrived and the crew assisted with scene clean up.

Hamlin Ambulance and Monroe Ambulance evaluated and transported 2 patients Basic to the hospital.

After the scene was cleared of all hazards the fire assignment was placed back in service. 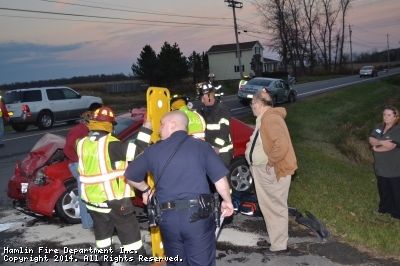 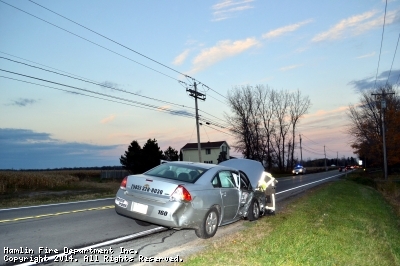 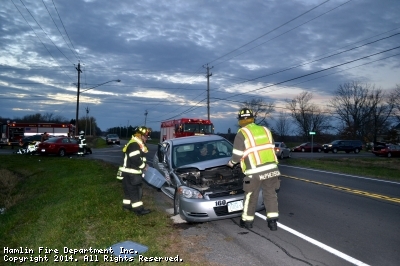 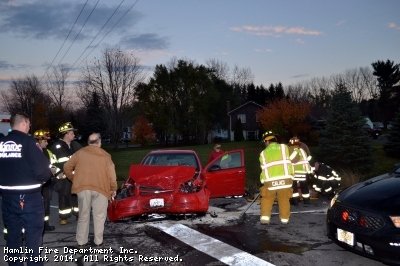 This site has been viewed 282,332 times.
News
Events
Pictures
Apparatus
Maintained by the members and staff of Hamlin Fire Department Inc.. Designated trademarks and brands are the property of their respective owners. Copyright © 2006-2022. YourFirstDue Inc. All Rights Reserved. Content on this web site is supplied by Hamlin Fire Department Inc.. YourFirstDue Inc. cannot be held responsible or liable for any content, text, pictures, or any other media found on this web site.
Management login
Powered by